This stuffed homemade monkey bread recipe is an old family favorite that everyone can't get enough of. My semi-homemade version tastes an apple cinnamon bread that came straight out of the bakery!  You'll love this easy tutorial for how to make monkey bread and your family will love that you made it to share! 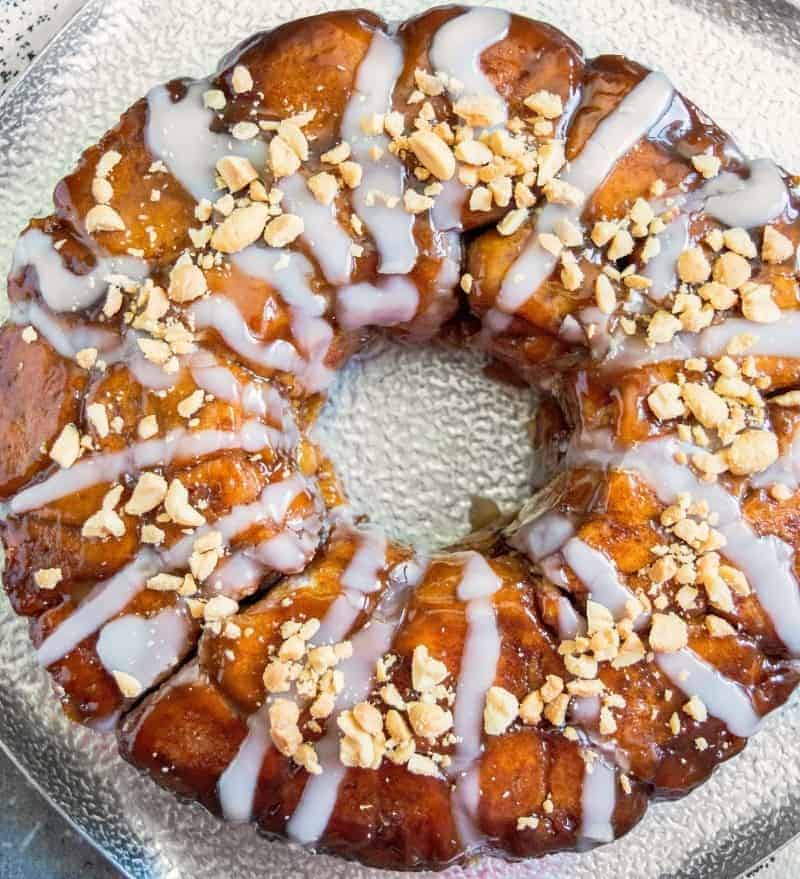 I have been making this stuffed monkey bread recipe every September for years. Whether you call it monkey bread, bubble bread, or pull apart bread, it is a must make item this fall.

An easy semi homemade recipe that tastes like it came straight from the bakery is always a hit in my house.  By simply using a store bought dough for this recipe, it makes baking it a breeze.  I am a huge fan of anything apple cinnamon, so fitting it into this recipe was definitely a given.  I hope you'll love this as much as my family does. 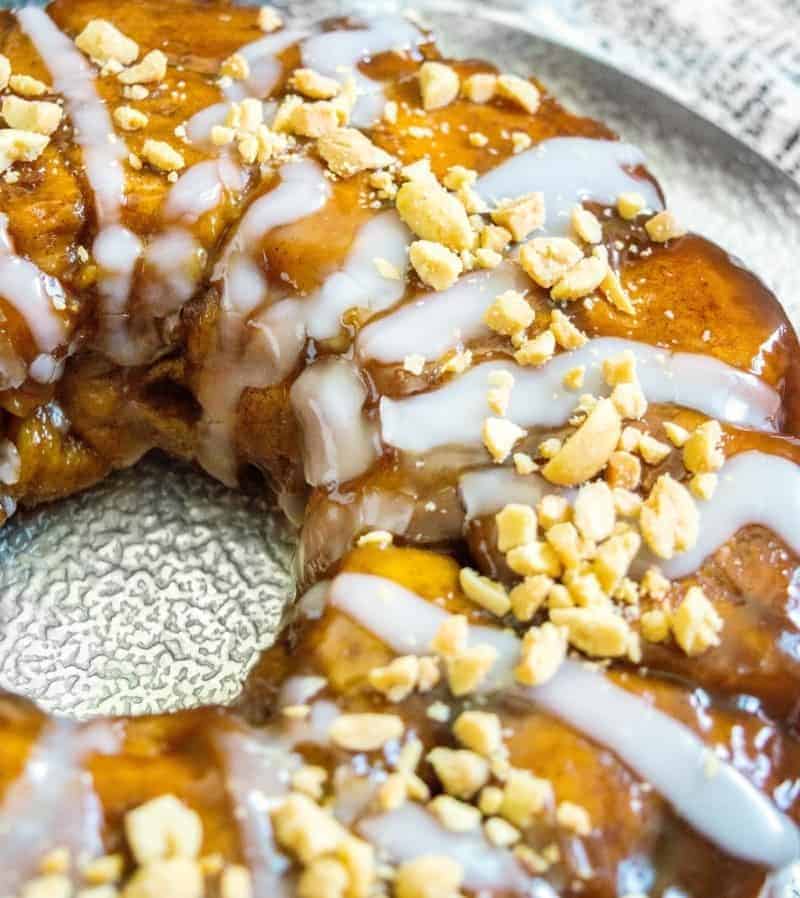 Does it Have to be Apple Cinnamon Bread?

Yes!  I love apple cinnamon in this monkey bread recipe, but I have seen similar filled with tons of different flavors.  You could just as easily stuff it with something like diced pears, Nutella, chocolate chips, bananas, cherries, or even blueberries.  I've even enjoyed it when a bit of cheesecake mixture was spread in the middle.  Use your imagination to create a flavor of homemade monkey bread you love.

Can I Freeze This After It is Baked?

To be honest it doesn't last very long in our house. When you bake this up, it fills the home with that glorious apple cinnamon smell, and the whole family comes running. My stuffed monkey bread recipe barely has time to cool before hands are reaching in and grabbing pieces of the bread.

So, while you definitely can freeze this in a well wrapped container that has been labeled, I imagine you won't need to as it won't last that long.

How to Make Monkey Bread Stuffed with Apple Cinnamon

Cut cinnamon rolls in half and roll flat. 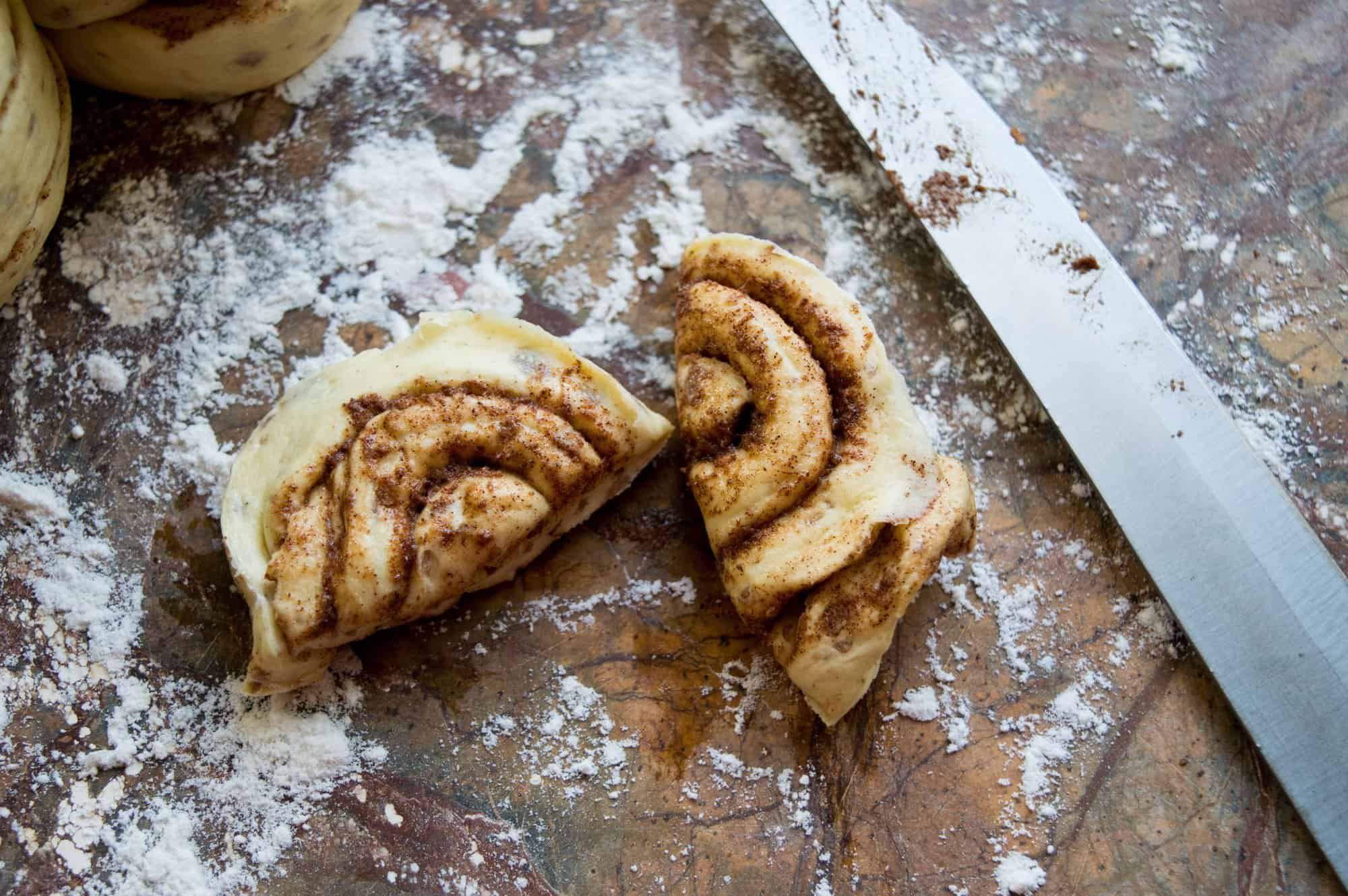 Top each piece with apple filling. Fold edges together and pinch closed (like a dumpling) 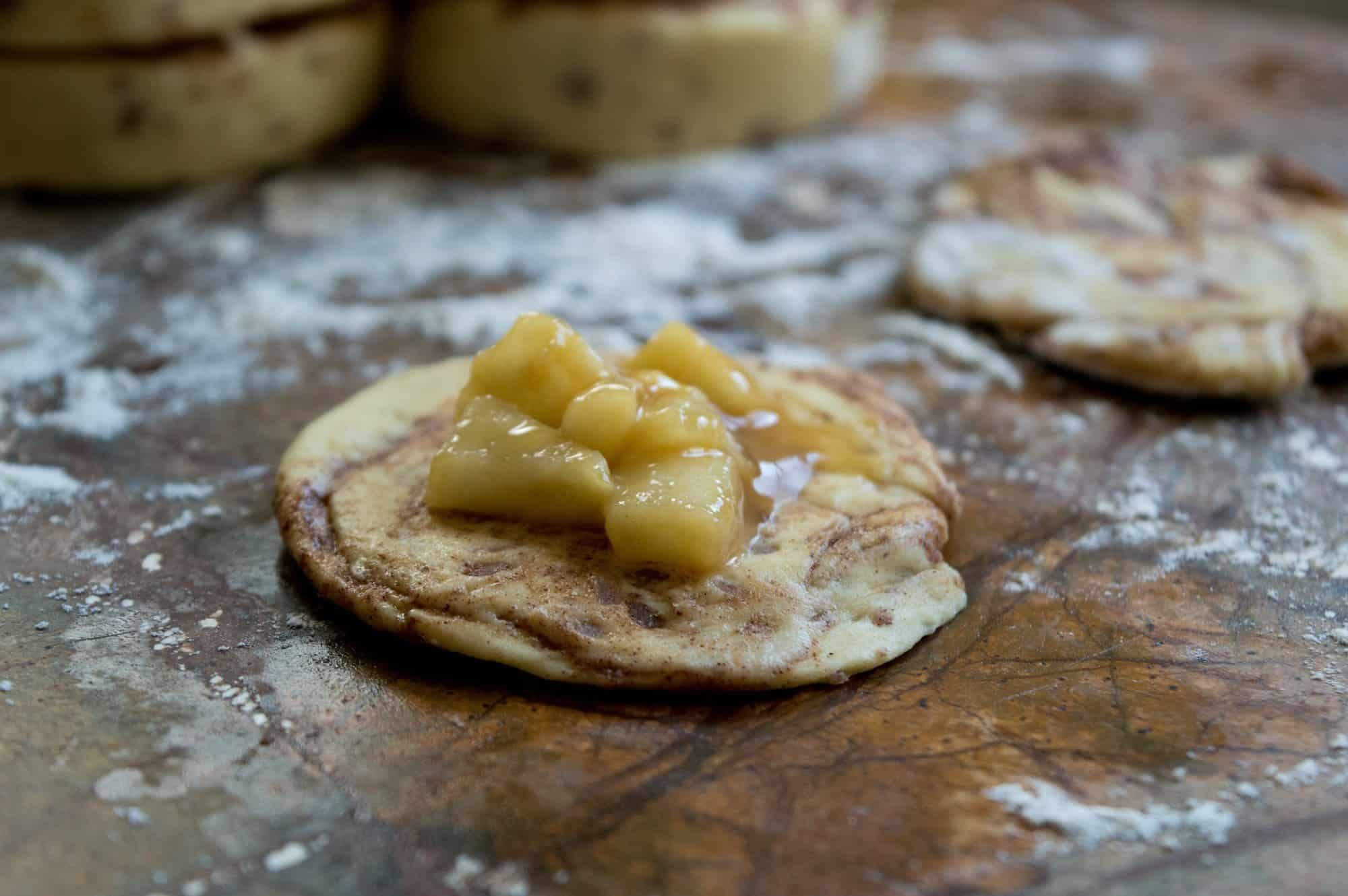 Toss into cinnamon sugar mixture, coat well. Set aside. Continue with other pieces. 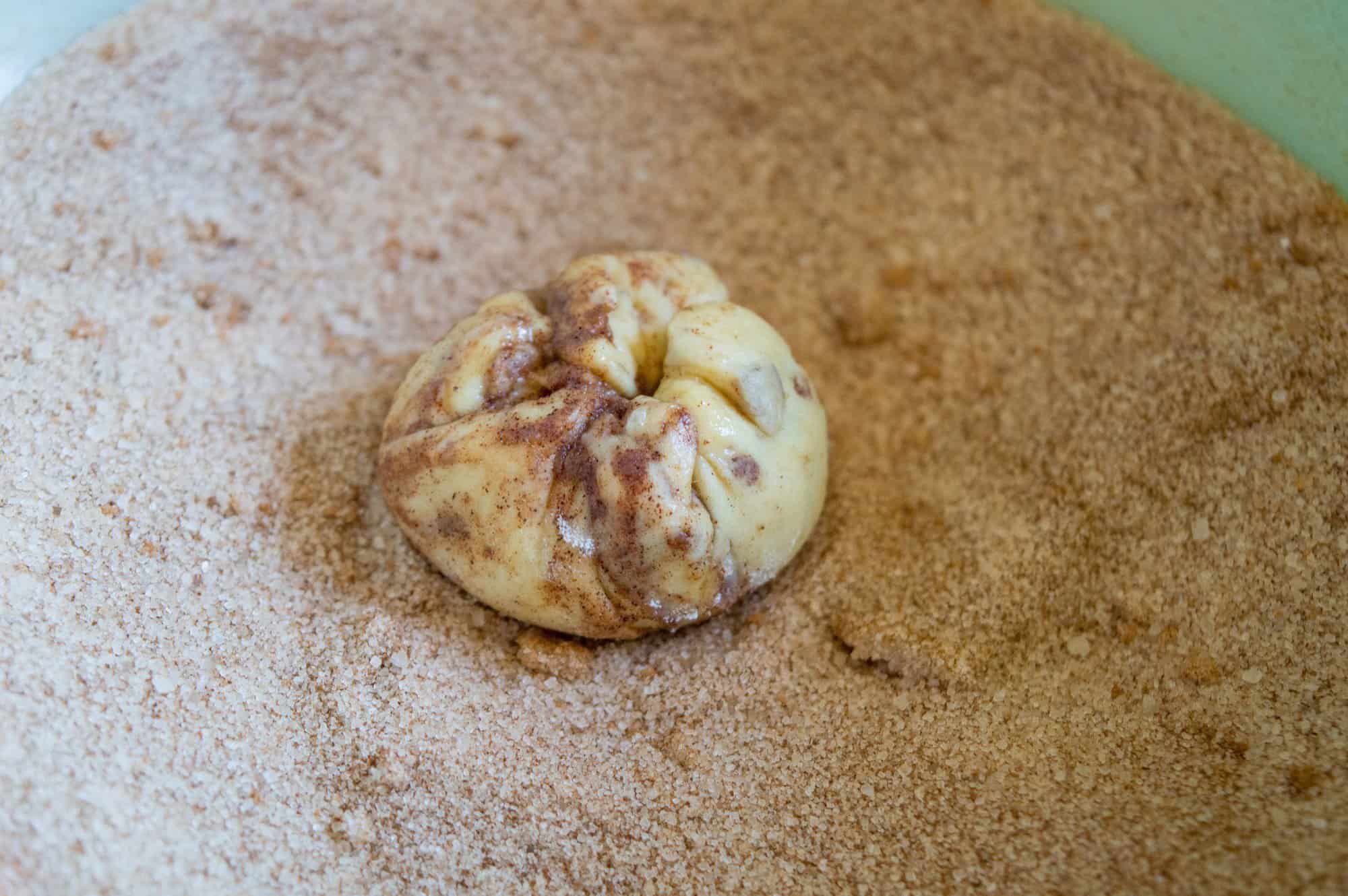 After making the sauce, pour over monkey bread and bake about 30-35 minutes. 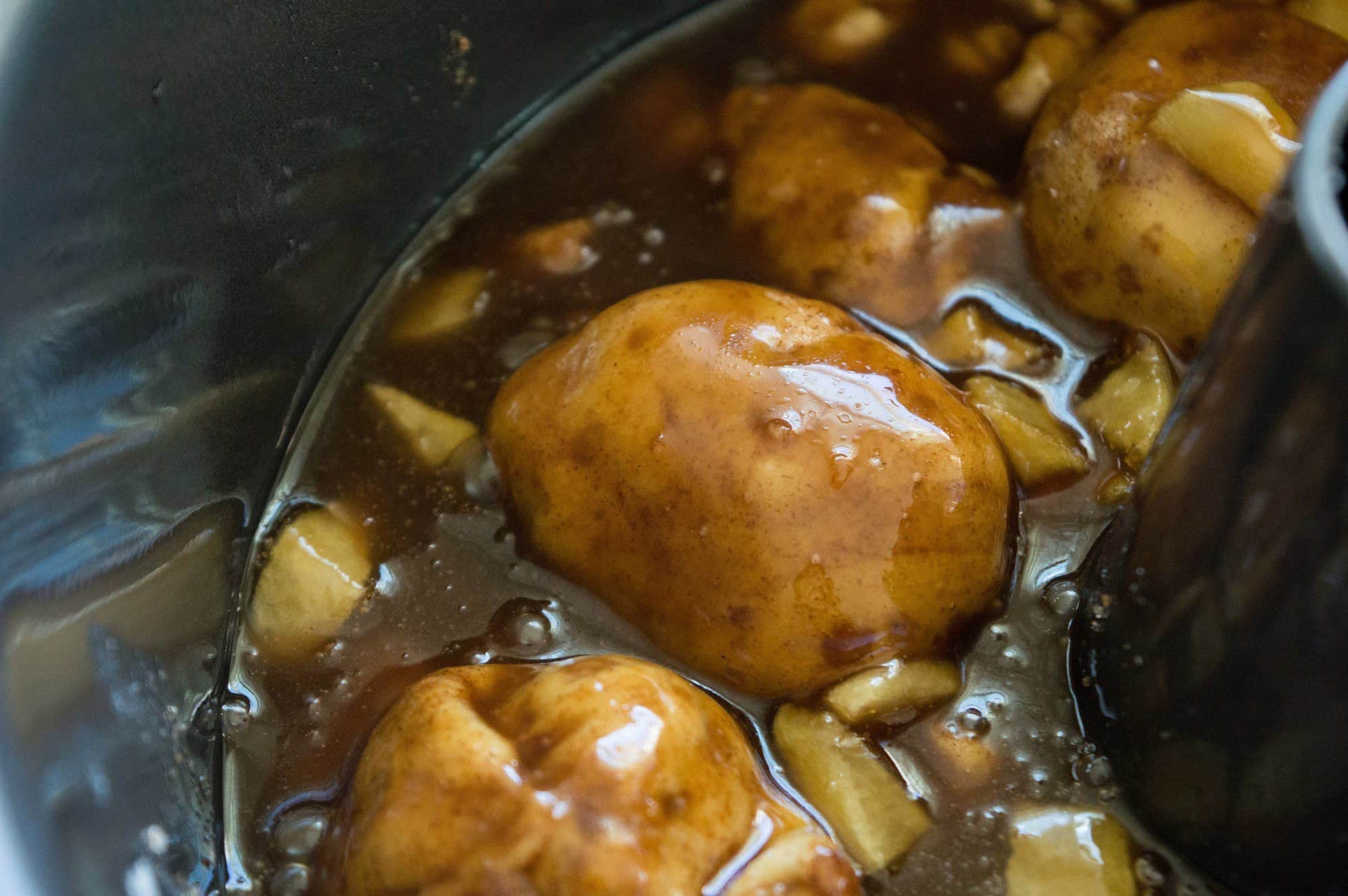 Allow to cool for 10-15 minutes before inverting pan of monkey bread recipe. Garnish as desired. 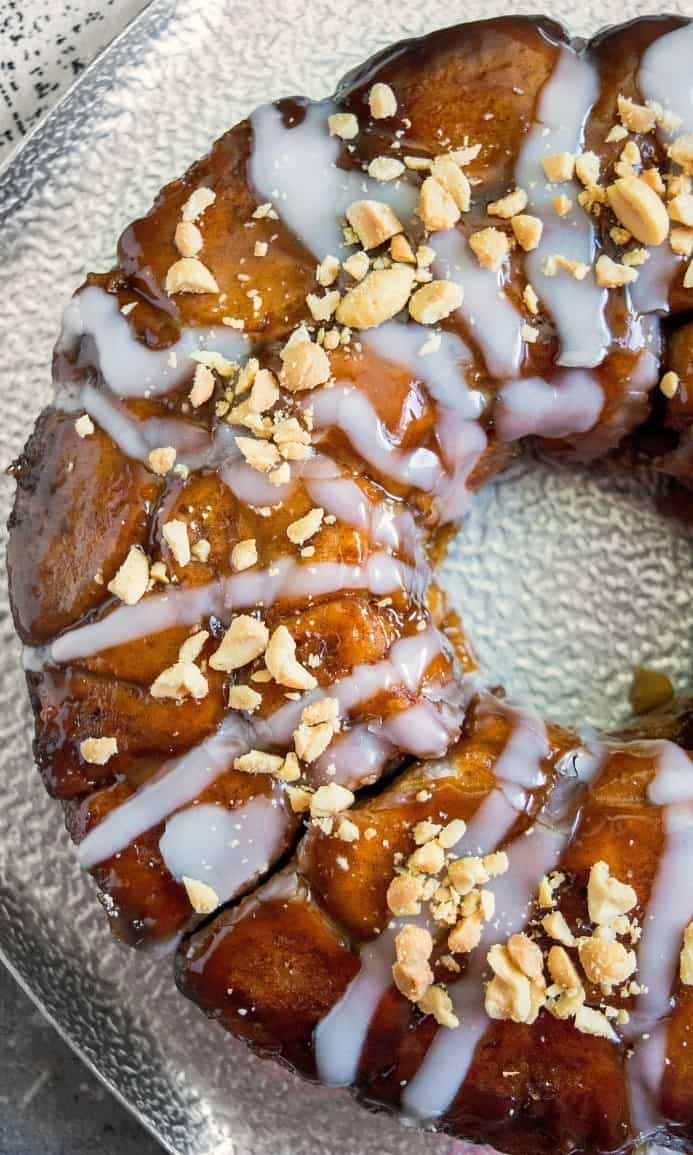 If this apple cinnamon stuffed monkey bread recipe inspired you to grab the apples, you'll love these other recipes we enjoy.