We have TWO amazing, easy recipes for you here. Our easy Old Fashioned Bread Pudding with the famous 1940's Condensed Milk Vanilla Sauce will blow your mind. This bread pudding recipe includes optional Eggnog style with Caramel Sauce for that special Christmas morning breakfast. The vanilla sauce on this bread pudding was made with condensed milk for the first time years ago and is hugely popular today. Come see why. 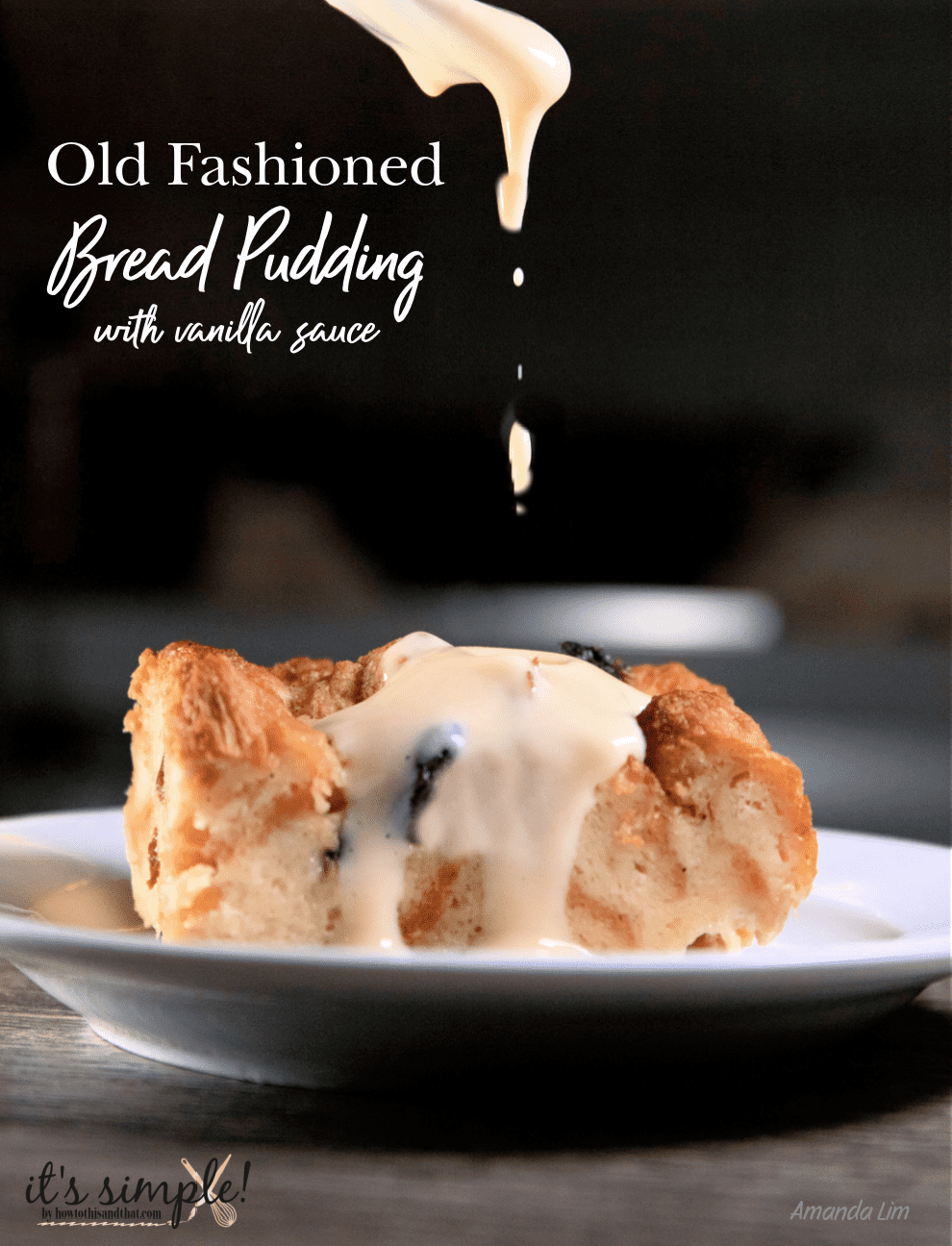 One of my mother's favorite recipes is for old fashioned bread pudding made with raisins. This old fashioned recipe is older than her coming in from the 1940's when ingredients were limited pudding was common for Christmas. Bread, sugar, eggs, milk, vanilla and raisins are typical ingredients. I believe the bread pudding sauce helps to keep it from feeling like French toast. If you covered it in maple syrup that is exactly what I think it would taste like. Instead, The sweetened condensed milk adds a decadent sweetness to the vanilla sauce that is then poured over the finished bread pudding.

Bread pudding sauce, also known as vanilla sauce is a rich, thick sweet syrup made for pouring over bread pudding. It is used for many other things like muffins, crepes, waffles and more. Basically it is made by simply heating condensed milk and a few other ingredients until it starts thicken. Did you know that if you heat sweetened condensed milk to a certain point it will caramelize? That's where we got the idea to make the eggnog bread pudding with caramel sauce. (Below) 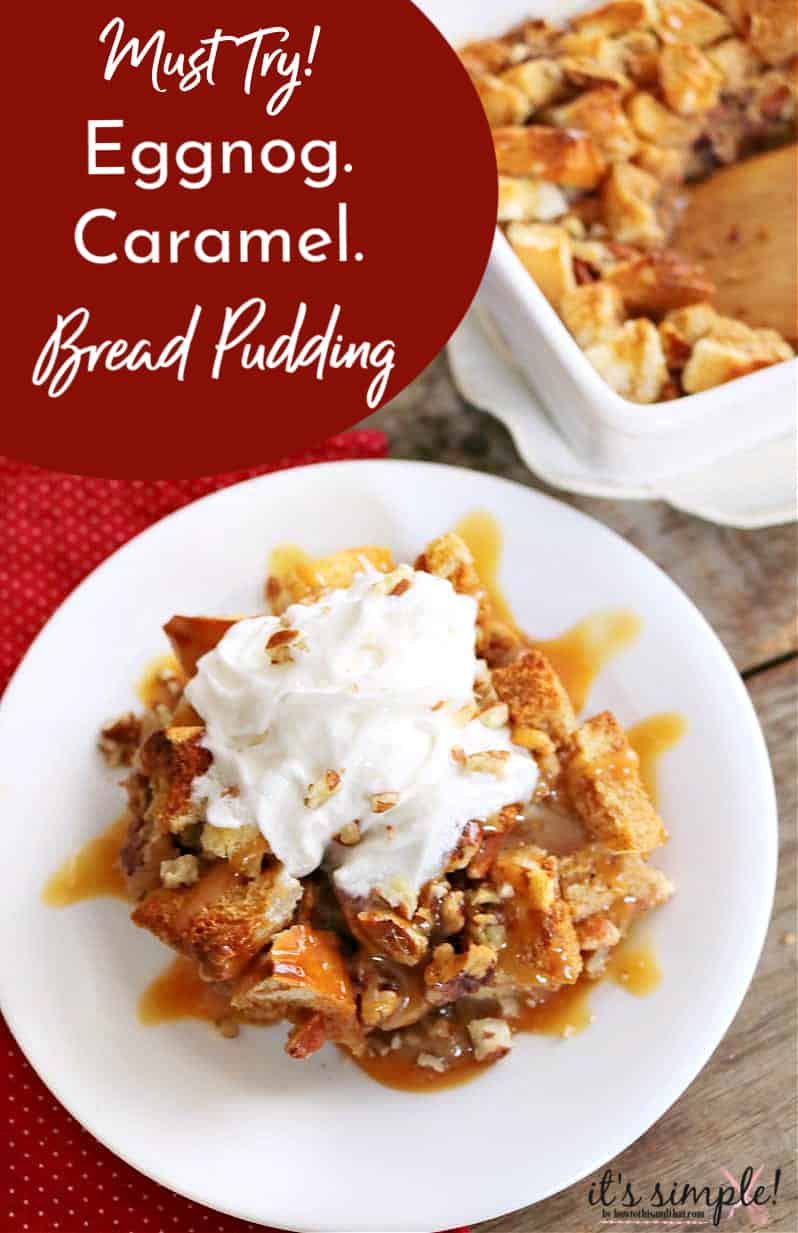 We have included photographs and an additional recipe below for the eggnog bread pudding recipe. The day we made our old fashioned version we also played with eggnog I had and made another Christmas pudding recipe. If you don't like eggnog, like me, you still have to try this. Basically all the eggnog did was add warm spice to the dish. Let's think about eggnog for a minute....   typical ingredients include- milk, cream, eggs, sugar, nutmeg and cinnamon. It only seemed obvious that it would work well. 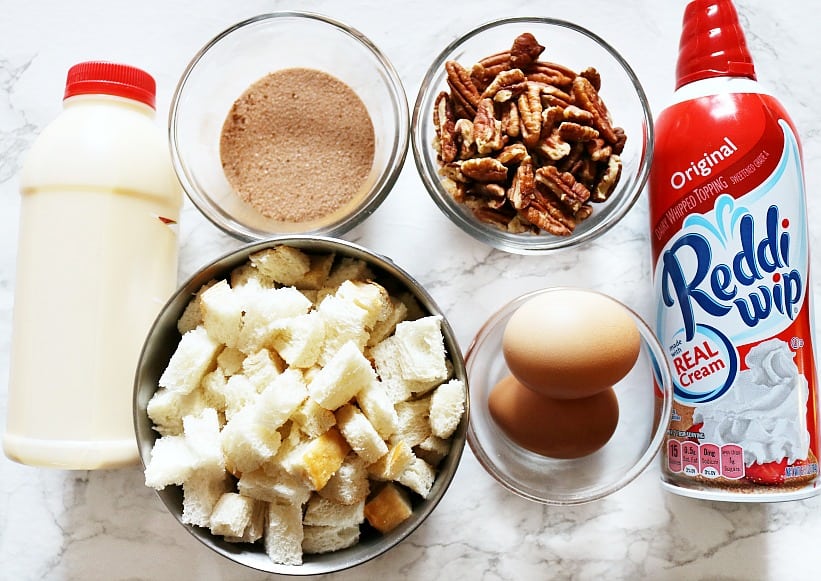 The process for both recipes is,  for the most part, the same. Here is a quick look making the old fashioned bread pudding and eggnog version.

Full instructions for BOTH are included in the recipe card below.

Whisk eggs into milk or eggnog until light and fluffy. 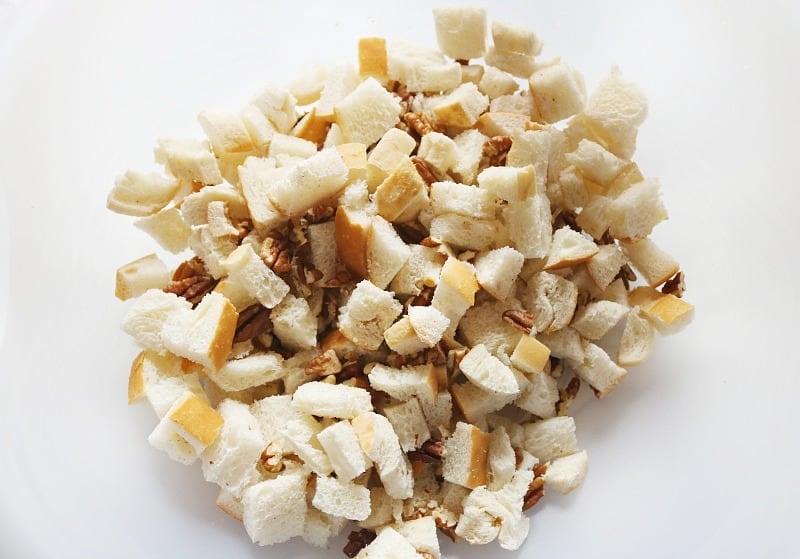 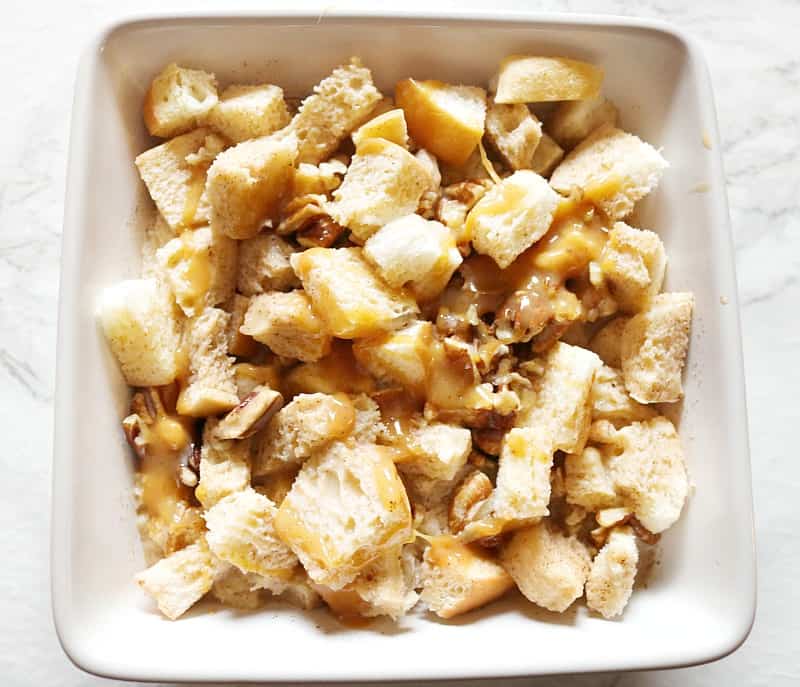 Eggnog- Serve warm topped with Reddi-wip whipped cream. I apologize for the blurry photo, sometimes I wish I had 4 hands. 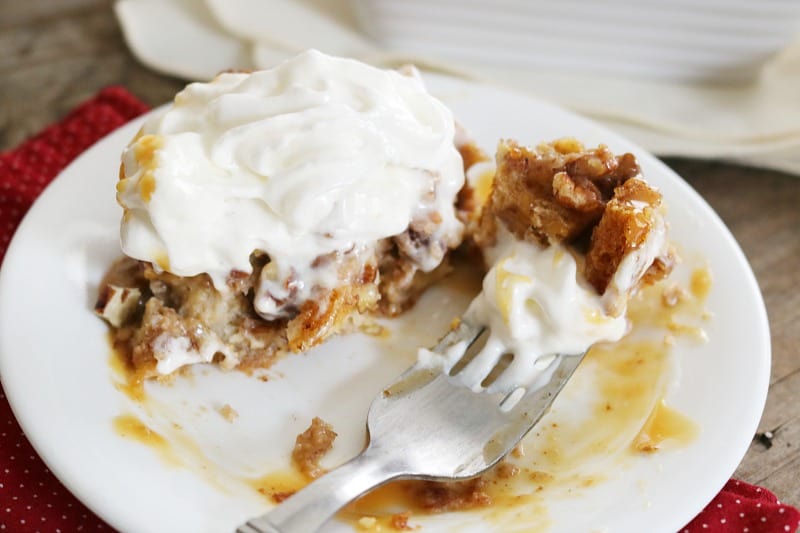 Old Fashioned- while the bread pudding is baking, prepare the vanilla sauce by heating the condensed milk, water, vanilla and butter in a sauce pan. The sauce should heat over medium for about 8 minutes stirring often. 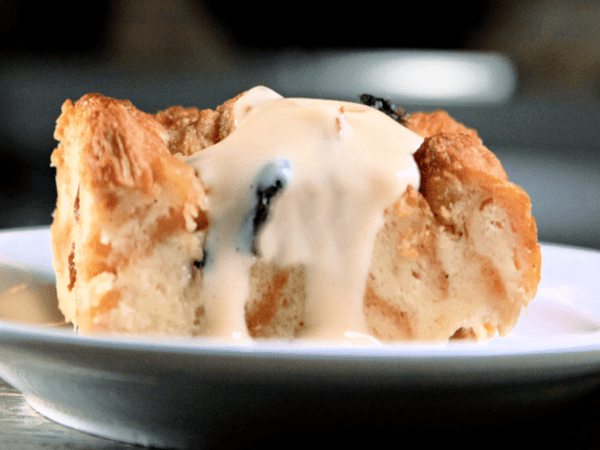 More of our Amazing Breakfast Recipes

No sugar is needed as we used caramel sauce.

Nutrition facts are auto- populated by the app for this recipe card, numbers may vary. For best results, input your exact brand ingredients into a recipe analyzer like Verywell or MyFitnessPal.